Foundation of The Thin Blue Line 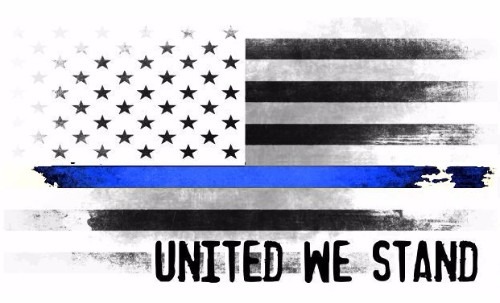 Foundation of The Thin Blue Line

Anger is what plagues me at times, and Law Enforcement Week is no exception. My father's death brought me grief, the kind of grief that seeps deep down into the marrow of your bones and never really leaves, but now its anger. Every time one of my sweet little girls scrapes their knee, has a birthday, or gives me a hug, I can't help but feel anger because my father never had the opportunity to know them like I do. He has never tended them, pushed them on the swing, or held their hand while walking through the amusement park. His life was taken by a convicted felon that was out on parole, and my life was forever changed.

I learned about police work from a very early age. My father taught me first hand what it means to have responsibility, honor, and duty. He showed me many times the weight that police work carries, and the battles that are so often fought when standing on the thin blue line. Not just the fights that occur in the streets, but those in the media, the courtroom, and the city council meetings.

10 years of working as a police officer gave me more reason to be angry. Angry at the injustice I often saw, the abuse I witnessed, and all the anti-cop sentiments. I have found a lot of anger in the media for their failures, and the silent majority who so often fail to speak up against the loud minority...Anger has consumed me at times, but then I remember my father, and all he stood for. The love he had for the job, and the men and women he worked with. The love and compassion he had for the children he worked so hard to protect. The love and devotion he had for my family, the citizens of his community, the citizens he defended in the Vietnam war, and the love he had for the Constitution of this great nation. My father was a giant who was as hard as a rock on the outside, but as soft as a teddy bear on the inside.

I have been blessed to work with some amazing men and women in Law Enforcement, and I have seen many of those traits in each of them. I have had the opportunity to work with police agencies all over the United States, and I am never surprised to see that these are the things that comprise the foundation of the Thin Blue Line, and the thousands of men and women who stand on it.

I am grateful for those of you who pick up the badge every day and know the true weight of carrying it. This law enforcement week, and every week that passes, We mourn with those of you who mourn, we thank you for your service, and we pray each night for your safety.